Aporia is our home gallery and

The sale of the artworks supports vzw Bindkracht.

Viviane Vansina  (°1957) is painting parts of the human body as portraits. They represent the core of her visual work and expose fragments of figures which seem frozen in space and time as if they were drawn in stone statues.  The absence of coloured backgrounds underlines the vulnerability of her painterly expression.  Without any traces of movement visible, the contextual settings seem to be kept deliberately open. It results in an uncanny atmosphere which adds up to the melancholy and fragility which is flowing from the pictures.

Parts of the human body as portraits are at the core of Viviane’s visual work.  The oil paintings depict these excerpts of figures frozen in space and time as if they were drawn in stone statues.  Seen from this angle it is difficult to exactly determine the specific mental status of those characters.  However, the emotional condition becomes more obvious when we absorb the painting as a whole.  The artist makes the oil paintings on hard board and restricts herself by using mostly monochrome and shaded tones.  The absence of coloured backgrounds underlines the vulnerability of her work.  Once in a while we can notice a colour detail in the form of a thinly applied line or a small dot.  There are no traces of movement visible and the contextual settings seem to be kept deliberately open.  The above elements combined create a dramatic atmosphere that adds to the inner condition of the images that Viviane is visualizing through which a kind of fragility becomes clear.  It is the framing of this mental state that the artist is interested in and that she wants to articulate and share with the viewer.

The limited use of colours, the small dimensions and the often unfinished paintings point to – or exemplify – the artistic subject, which focusses in on the vulnerability of our human condition, in all of its superficiality and volatility.  It may be that we are looking at a modern version of the vanitas paintings, which are stripped bare from their traditional components and are presented in their purest form.  This would be in the form of the human body, which can only reside in this present world for the duration of a blink of the eye before it will vaporize in the cosmic emptiness.  Are we reminded by Viviane’s paintings of the finiteness of our temporal passage on this earth and to which we will return as dust?

Although the dramatic aspect of the artist’s work is not intentional, the viewer might be left with an uneasy feeling of remoteness and suffering.  Viviane’s way of painting is rough in terms of tone, touch and in contrast as it opposes light and darkness.  On the one hand, she limits herself to playing with luminosity and obscurity in the figures without telling a specific story.  She leaves it up to the ingenuity of the viewer to form their own idea.  On the other hand, the images are brought to the essence of their constitutive elements.  Therefore the works may be seen as a celebration of fragility and modesty.  At the same time, the artist unleashes a powerful inner force. 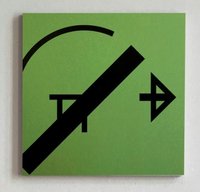 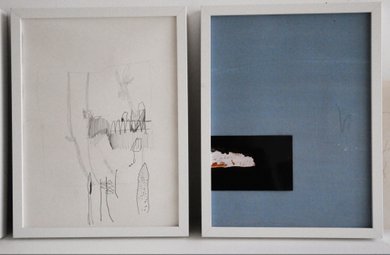 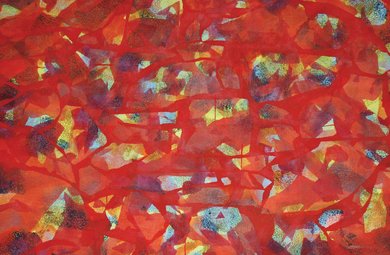 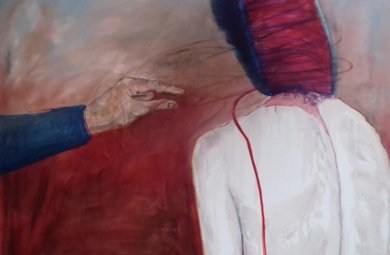 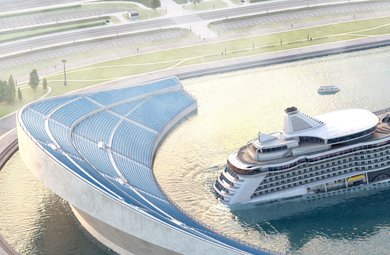 THE MOMENT IS YOURS 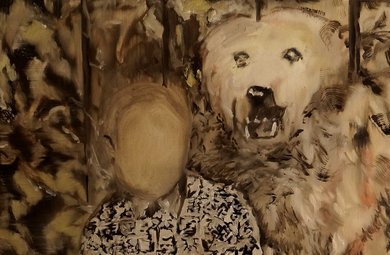 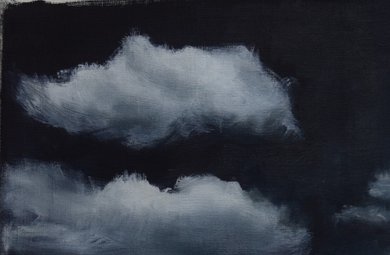 TEXTING AND OTHER THINGS 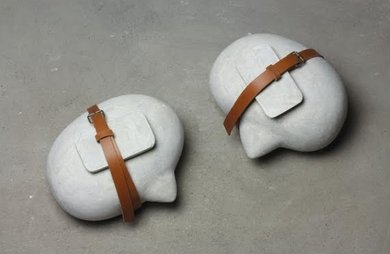 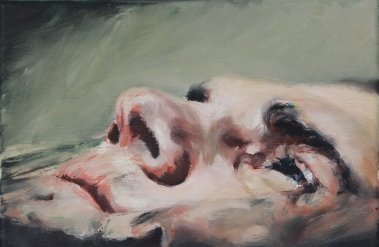 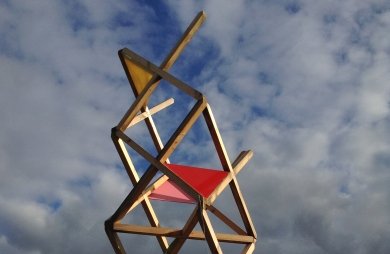